Anne-Marie is a specialist in surrogacy and surrogacy with an international element. She advises in respect of complex domestic and international adoption applications and legal issues arising from the creation and implementation of surrogacy arrangements and The Human Fertilisation and Embryology Act 2008.

Barry, who became a partner in the firm on 1 October 2006, read law at Cambridge University and attended law school at the College of Law, London. He qualified as a solicitor in 1997 and joined Wesley Gryk Solicitors in January 2000. His practice deals with the full range of immigration and nationality issues, with a particular emphasis on applications based on same sex relationships and also on asylum and human rights claims on the basis of sexual orientation.

In his spare time, he works as a volunteer lawyer providing legal advice on these issues. He was heavily involved in the consultation process leading up to the introduction of the Civil Partnership Act 2004 and has given a number of lectures on the immigration aspects of this Act. He is the author of the immigration chapter of the Law Society Publication "Civil Partnership - the Law in Practice".

Hassan is a children law practitioner mostly appearing in the High Court. He has an established practice in international children cases and has a particular interest in Child Abduction, Brussells II Revised Regulation, Wardship and Inherent Jurisdiction, Forced Marriage, Abandonment/Stranded Spouses, Vulnerable Adults, Removal from the Jurisdiction, Care Proceeding (especially with international element) and Inter-Country adoption. Hassan represented Dr Abedin, the 33 year old GP forced to marry in Bangladesh in one of the first applications under the Forced Marriage (Civil Protection) Act 2007.

As well as an attorney at Weltman Law, John is also the President and Founder of Circle Surrogacy, one of the oldest and largest surrogate parenting agencies in the US, which specialises more than any other agency in dealing with international clients. Educated at Yale, Oxford and the University of Virginia, John has 28 years of experience practicing law. His primary areas of expertise are in domestic and international surrogacy as well as real estate, business, health care and art litigation. He is admitted in Massachusetts, New York and California and the Central District of Illinois.

As the chief operating officer and co-owner of the Center for Surrogate Parenting Inc., Karen is responsible for its overall management. Born in Chelmsford, England, Karen graduated from Southampton University with her law degree in 1988.

Karen's international background has been invaluable to many of CSP's clients who originate from countries around the world. Blessed with three children of her own through IVF, Karen is in a unique position to sympathise with commissioning parents' drive to have children and the processes involved in achieving that goal. The Center for Surrogate Parenting Inc. is the oldest and one of the world's most successful surrogacy agencies. Despite changes in attitude towards surrogacy and gay parenting globally over the last 32 years, Karen has consistently ensured that her clients gain safe entry into their home country with their newborn baby.

Valery is a partner at OMP Law Offices, a full service Ukrainian law firm. He has been practicing law in Ukraine since the early 1990s. In addition to family law Valery Fedichin represents clients in the areas of commercial and business law.

Jenni Millbank , Professor at the Faculty of Law, University of Technology, Sydney

Professor Jenni Millbank joined the faculty in April 2007, having previously been Associate Professor of Law at the University of Sydney. Jenni's areas of expertise are family and relationship law, reproductive rights and refugee law. Jenni is Australia's leading expert on same-sex relationship recognition and she has been extensively involved in research and scholarship, law reform, litigation, community consultation and activism in this area for over a decade. 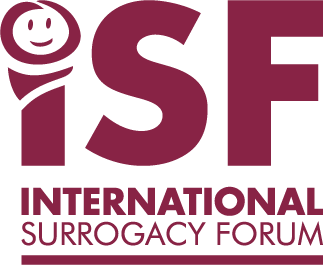